NewsBrands Ireland, the representative body for Ireland’s leading news publishers, print and online, is urging candidates in the forthcoming General Election to support the vital role of public interest journalism in the democratic process and safeguard citizens from fake news and the spread of misinformation.

In recent years there have been many examples of outstanding public interest journalism which have affected real change in society: from recent investigations which uncovered wrong-doing or illegal activity, to campaigning journalism which achieved tangible results, to the reporting of issues or stories which changed the public discourse.

According to NewsBrands Ireland CEO, Ann Marie Lenihan: “Now, more than ever, it is vital that quality journalism is protected because democracy is about voters making an informed choice at the ballot box and that can only happen if there are credible sources of news, where information is factual, trustworthy and accurate.

“Without a vibrant local and national news publishing industry, who will report on the courts, the Oireachtas, the County Councils, local and national sporting events, raise awareness of important societal issues and campaign for change? As is evident in other countries, without credible sources of news, where information is factual, accurate and politically impartial, public trust and democracy itself are undermined.”

The reach of news publishers, as well as the economic and employment contribution of the news publishing industry was also highlighted to election candidates:

€14 is the typical spend by a newspaper purchaser in their local shop, equal to an annual value of €1.9bn to the retail sector

NewsBrands Ireland is seeking practical support from government to ensure that ‘fake news’ can be combated by the trusted journalism produced by news publishers.

Extend the brief of the Minister for Communications to include all media, not just the broadcast sector, ensuring the Minister has full oversight of our complex media landscape and public service journalism is supported across all media.

Reduce VAT to 5% on newspapers and digital news products.  Ultimately reduce VAT to 0% as is the case in Britain and other EU countries.

“Content May Be King, but Context is Queen” – a joint event between NewsBrands Ireland and Core

Did you know that national news brands reach 2.6 million weekly readers across print and digital? 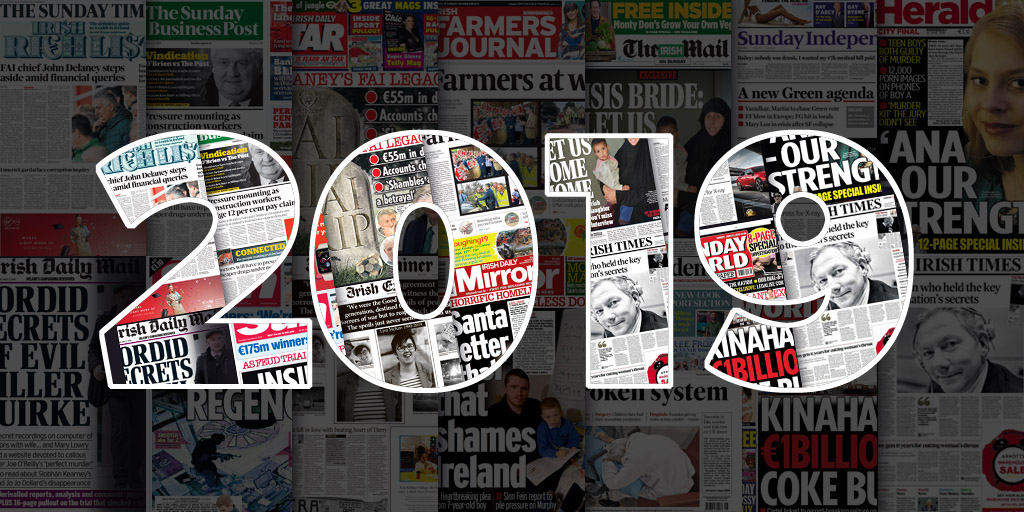 The 2020 outlook from NewsBrands Ireland