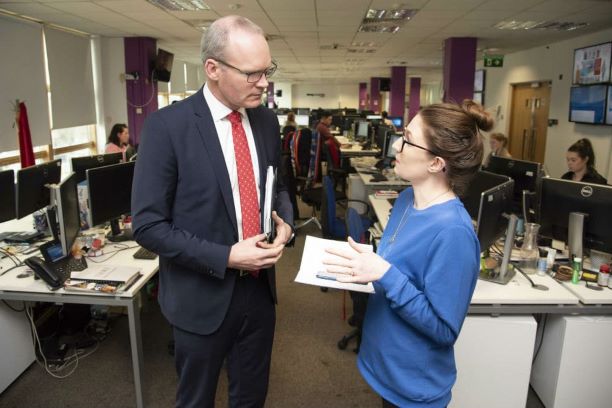 Election 2020 at Rollercoaster.ie: Asking the tough questions on behalf of the parents and families of Ireland

During the course of the general election campaign, RollerCoaster.ie spoke to a number of senior political figures about the issues affecting the children and parents living in today’s Ireland. But while many of the politicians could only offer predictions of what they could possibly do if elected into government, it was Tánaiste Simon Coveney who could give the biggest scoop.

As Tánaiste in the Fine Gael government since November 2017, and with a year as Minister for Housing, Planning, Community and Local Government before that, Simon Coveney was bound to have experienced judgement on the party’s commitment to invest in parental leave and childcare.

While Mr Coveney admitted that Fine Gael’s childcare policy was “a work in progress”, he assured RollerCoaster.ie that parental leave is important to the party because “[they] want parents to spend more time with their children.” In Mr Coveney’s opinion – and remember he is a father of three daughters – working life should work in tandem with children’s care.

“I think it’s a really important part of public policy that we try to structure working life around children, particularly for those formative months and years, when they’re young.”

The next level to that model idea would be, he said, to “make childcare affordable but also of a standard that can ensure children are being looked after properly when their parents are working.”

His promise was, if elected, the party would “spend a lot more money, both on families and on childcare.”

However, Mr Coveney was keen to let us know that anything they hope to spend money on “will be costed and factored into managing the country responsibly.”

While other parties were promising “heaven and earth”, Mr Coveney implied that Fine Gael was being honest about their prospective political goals, with the “overarching objective” being to “not go back into a ‘boom and bust’ cycle where we have to cut dramatically supports for families and parents because we can’t afford to pay for it in the future.”

The purposefully galvanising statements from the Tánaiste were valuable insights for RollerCoaster.ie who was the only parenting website to speak to senior political figures and report on what they had to say.

As “champions for Irish parents” RollerCoaster.ie aims to deliver informative and entertaining content to our readers, on the wide variety of topics that parents consume, from breastfeeding information, to information on schools, baby name trends, book reviews – and party policies.

That is why our conversation with Simon Coveney attracted hundreds of readers to the site, proving that RollerCoaster.ie is the go-to destination for parents on every relevant subject.