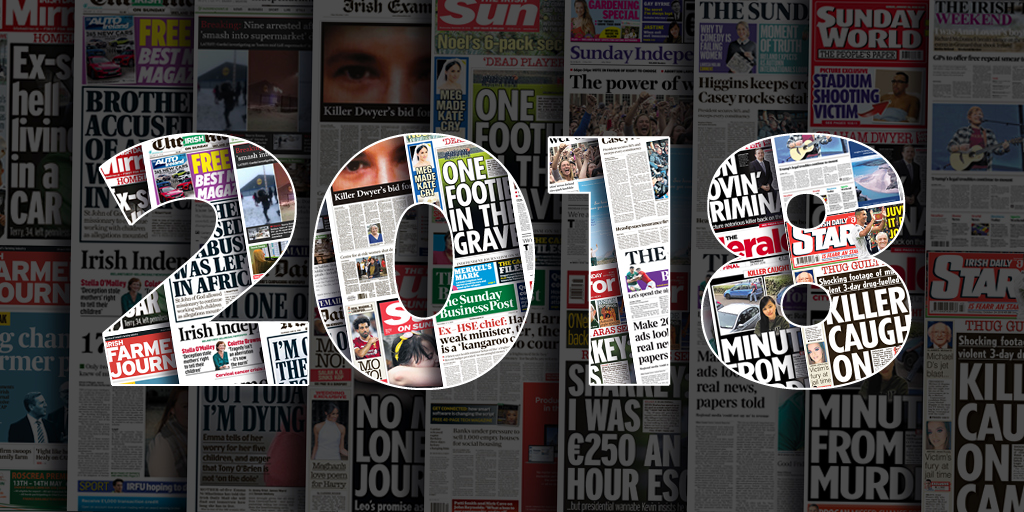 This year’s most-read stories online from NewsBrands Ireland news publishers range from human interest stories concerning cervical cancer victims, to the fallout from Storm Emma, to political scandals, sport and showbiz news, and a masterful opinion piece on the US president.

Independent.ie’s most read story of the year concerned new drink driving legislation which was announced in July. The story can be read here

Fintan O’ Toole’s Irish Times article, ‘Trial Runs for Fascism are in Full Flow’, struck a chord with readers around the world with his opinion piece on President Donald Trump. It has been the most read Irish Times editorial ever. Read more

Rugby player Donncha O’ Callaghan’s retirement announcement was the most read article on the The Times, Irish Edition: Read more

The report that Minister Shane Ross had given private school Wesley College a major sports grant was the most read article on the Sunday Business Post online edition. Read it here

The Irish Examiner’s report into a Cork teen’s tragic snow accident during Storm Emma in March was their most read article.  Read more

The news that abody had been found in the search for missing Carrick-on-Suir teenager Elisha Gault was the most read article on IrishMirror.ie.

DMG Media’s Evoke.ie and Extra.ie’s most read article concerning the glitz and glamour of the GAA All Star Sports Awards. Read it here

The Irish Farmers Journal award winning ‘Save Our Suckers’ campaign garnered Ireland’s top agri-website their most traffic. Read it here